Advanced Driver-Assistance Systems (ADAS) such as lane departure warnings, collision avoidance, and emergency braking systems, have become increasingly common in recent years. As the automotive industry moves towards autonomous driving, ADAS will be a key safety component of fully autonomous vehicles. ADAS collect data from a number of different sources including sensors, LIDAR, and cameras in order to build a picture of a car’s surroundings and react accordingly. This results in a huge amount of data collected, which is then brought together in the fusion electronic control unit (ECU). In the case of an autonomous vehicle, the captured data needs to then be transmitted, stored, processed, and analyzed, without altering the original data captured in any way.

Hardent will be showcasing the first live demo of its HLVC technology at embedded world in Nuremberg, Germany. Participants will have the opportunity to see the compression ratios generated from both real-life camera captures and computer-generated images. Visit Hardent at PLC2’s demo spot in Hall 4, stand 560. 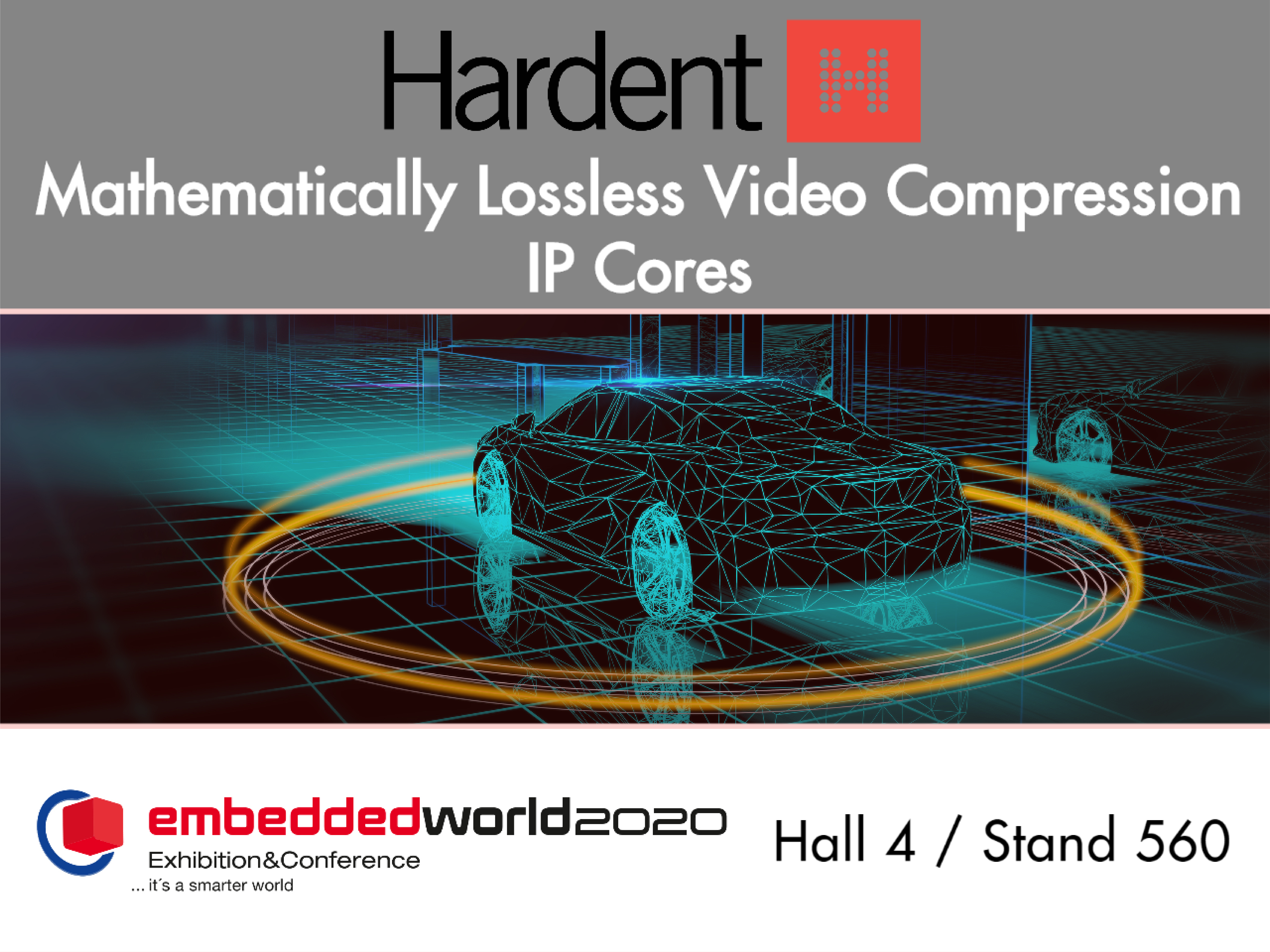