First live 4K display demo of the visually lossless VESA DSC standard will show how higher resolution displays for mobile and mobile-influenced markets such as AR/VR can be effectively achieved.

Hardent, a MIPI® Alliance contributor member and provider of IP products, will showcase the first ever public demonstration of VESA Display Stream Compression with a 4K display at the MIPI Alliance’s inaugural developers conference, taking place September 14-15, 2016, at the Computer History Museum in Mountain View, California. MIPI DevCon participants will have the opportunity to see firsthand how the DSC standard can be leveraged to develop higher resolution displays of 4K and beyond.

Hardent will be showcasing a 4K demonstration of VESA DSC in the exhibitor area throughout MIPI DevCon. A variety of DSC compressed and source images and videos will be shown live side-by-side to illustrate DSC’s visually lossless picture quality. “We are pleased to be launching our new 4K DSC demo at MIPI DevCon,” says Alain Legault, VP IP Products at Hardent. “By demonstrating DSC on a fully-scalable, modular development platform, we aim to show that the standard can be leveraged to create compelling displays for many different applications, each with their own unique transport and display requirements.”

To complement the demo, Hardent is also scheduled to give a presentation at MIPI DevCon entitled “How to use the VESA DSC standard to create higher resolution displays in consumer electronics applications”. The presentation will provide an overview of the DSC standard and discuss the benefits of implementing DSC in mobiles/tablets, in-car video applications, AR/VR headsets, 4K/8K/UHD TVs, digital signage, and computer displays. 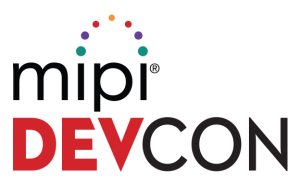